Find out if you qualify for the federal EITC here.
You can read more on the benefits of EITCs here:
+ The EITC explained in 74 seconds
+ Five ways the EITC benefits families, communities, and the country
+ The Earned Income Tax Credit and community economic stability
+ Upward mobility and state EITCs
+ The EITC and minimum wage work together to reduce poverty and raise incomes

Before I started on this project with Reimagine Arkansas, I knew very little about EITCs and assumed they didn’t do much — but the EITC’s name is deceptively mundane compared to its impact. EITCs are one of the largest anti-poverty programs in the United States; they lift an estimated 6 million people (more than half of them children) out of poverty every year.
The federal EITC is given to families based on their size and income, and the credit is refundable, meaning it can exceed the amount of taxes the family has paid. Thus, the largest benefits go to the families who need them most. Since the federal EITC was created in 1975, 28 states have created their own separate EITCs, typically set as a fixed percentage of the federal EITC, to further aid their working families… but Arkansas hasn’t yet.
EITC bills have stalled in the Arkansas legislature for years. In the wake of COVID-19’s economic destruction, working Arkansans need the extra money in their pockets more than ever. Nearly half of tax filers in the state make less than $22,200; they in fact spend a larger share of their income on taxes than those with the highest incomes. That’s backwards, it’s wrong, and it’s killing people. 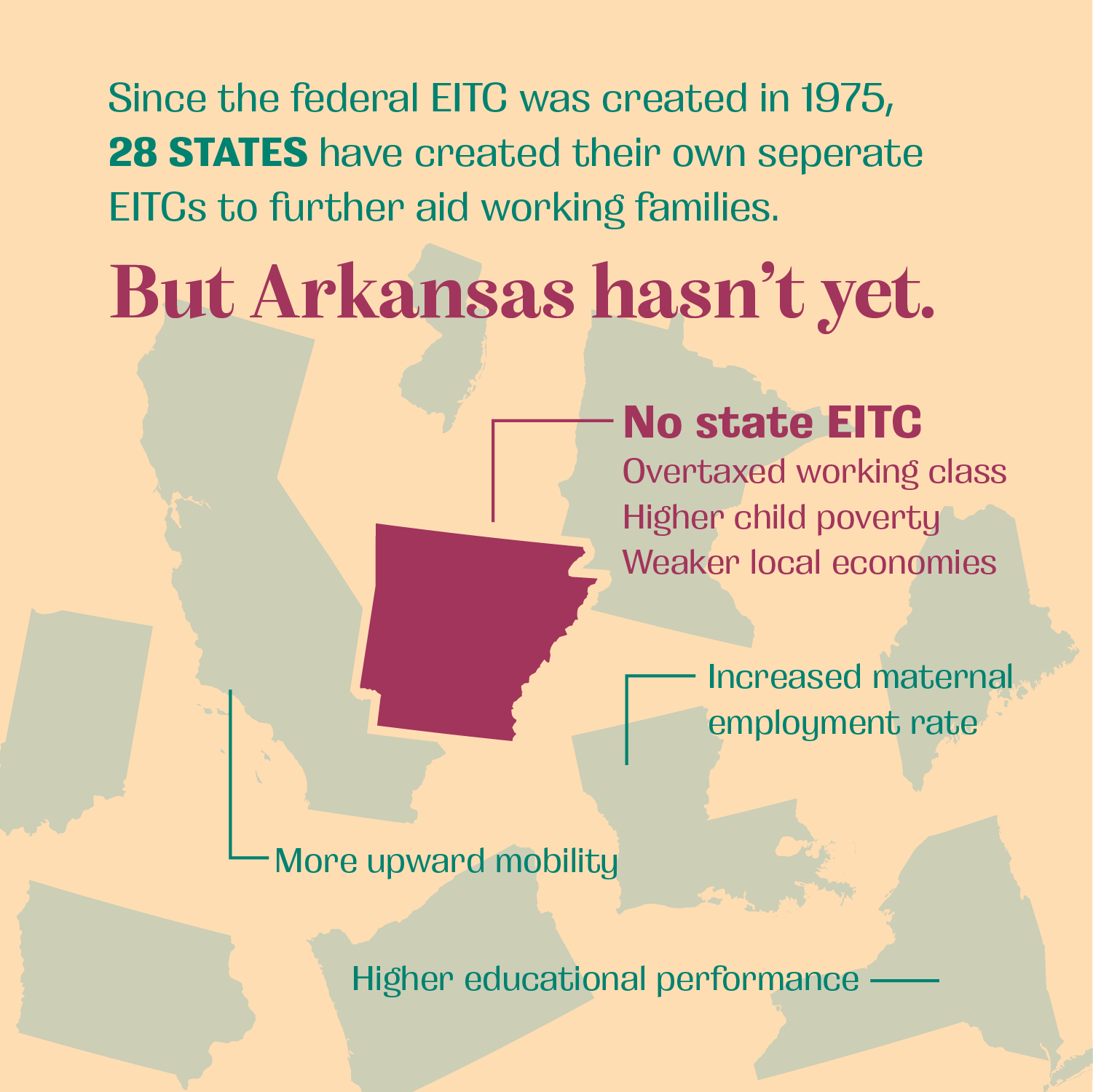 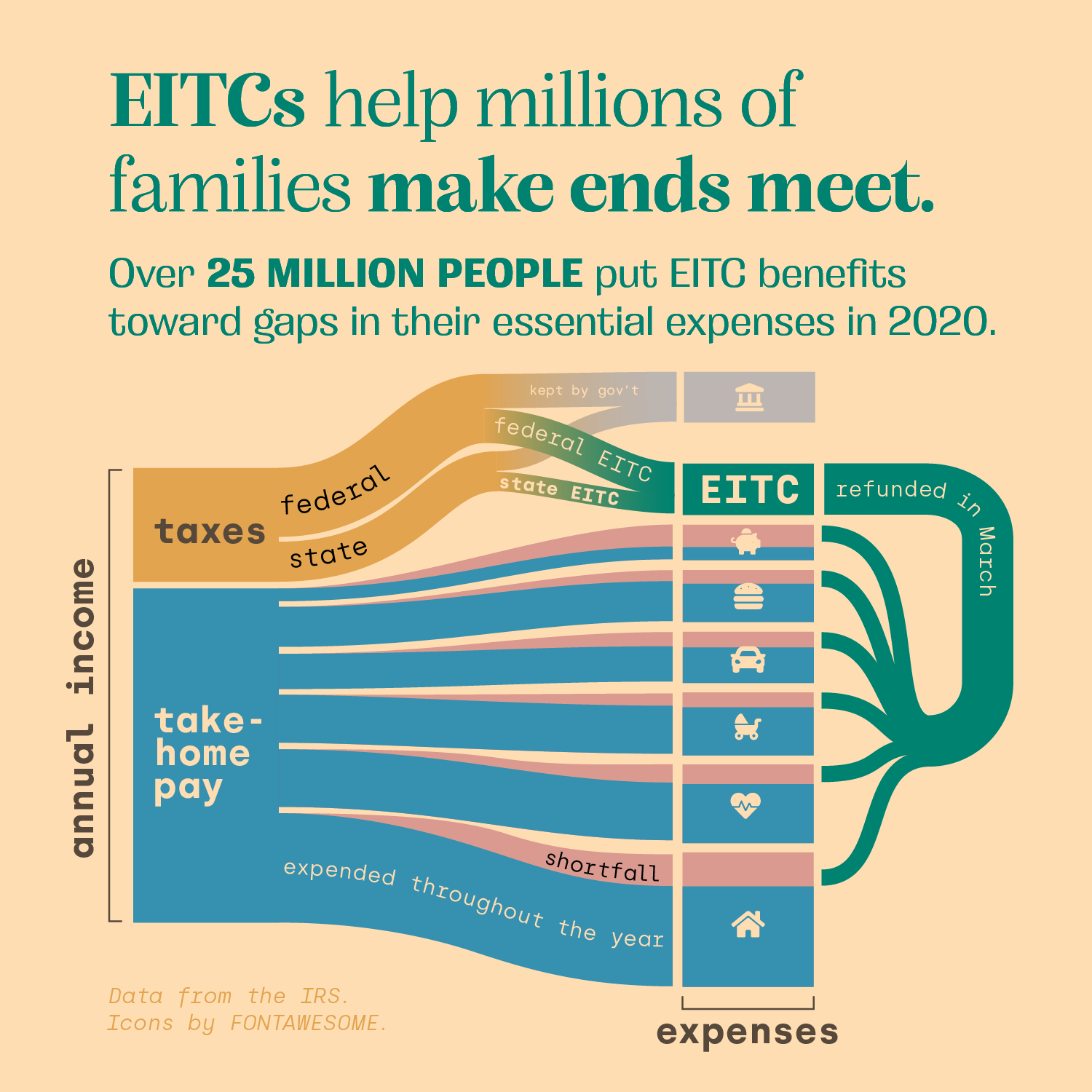 The proposed 10% EITC could make the difference for working people on essential expenses like rent, utilities, food, healthcare, childcare, and transit. People who don’t have to use it on essentials can save the money for emergencies or begin to accumulate wealth, as so many wealthier families already can.

The legislature should pass this tax credit and then expand it over time. New Jersey boosted its EITC from 20% to 39% between 2015 and 2018, and its working families reap the benefits. States with EITCs report better health outcomes, better educational attainment, higher salaries, higher employment rates, and stronger, stabler local economies. 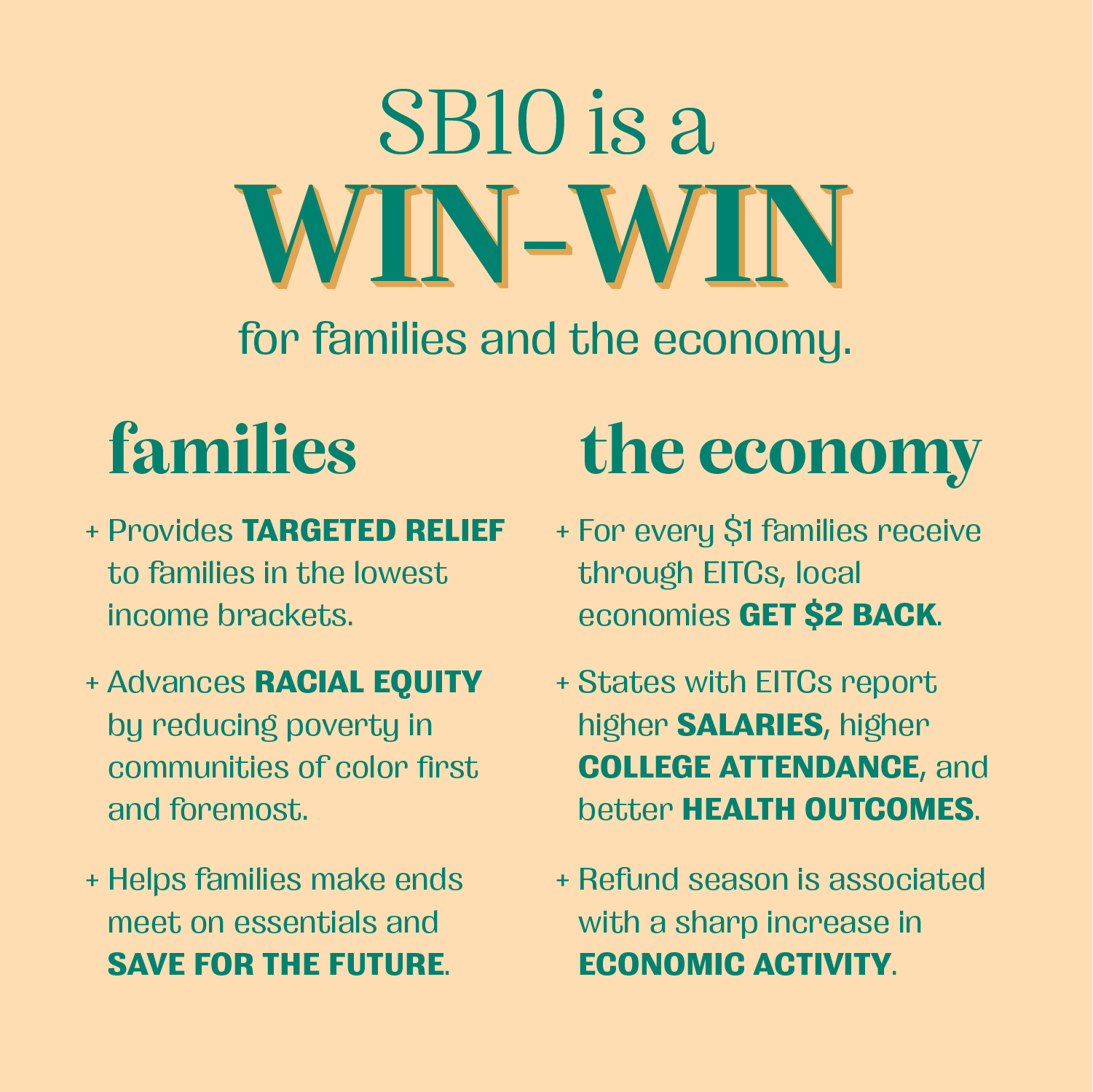 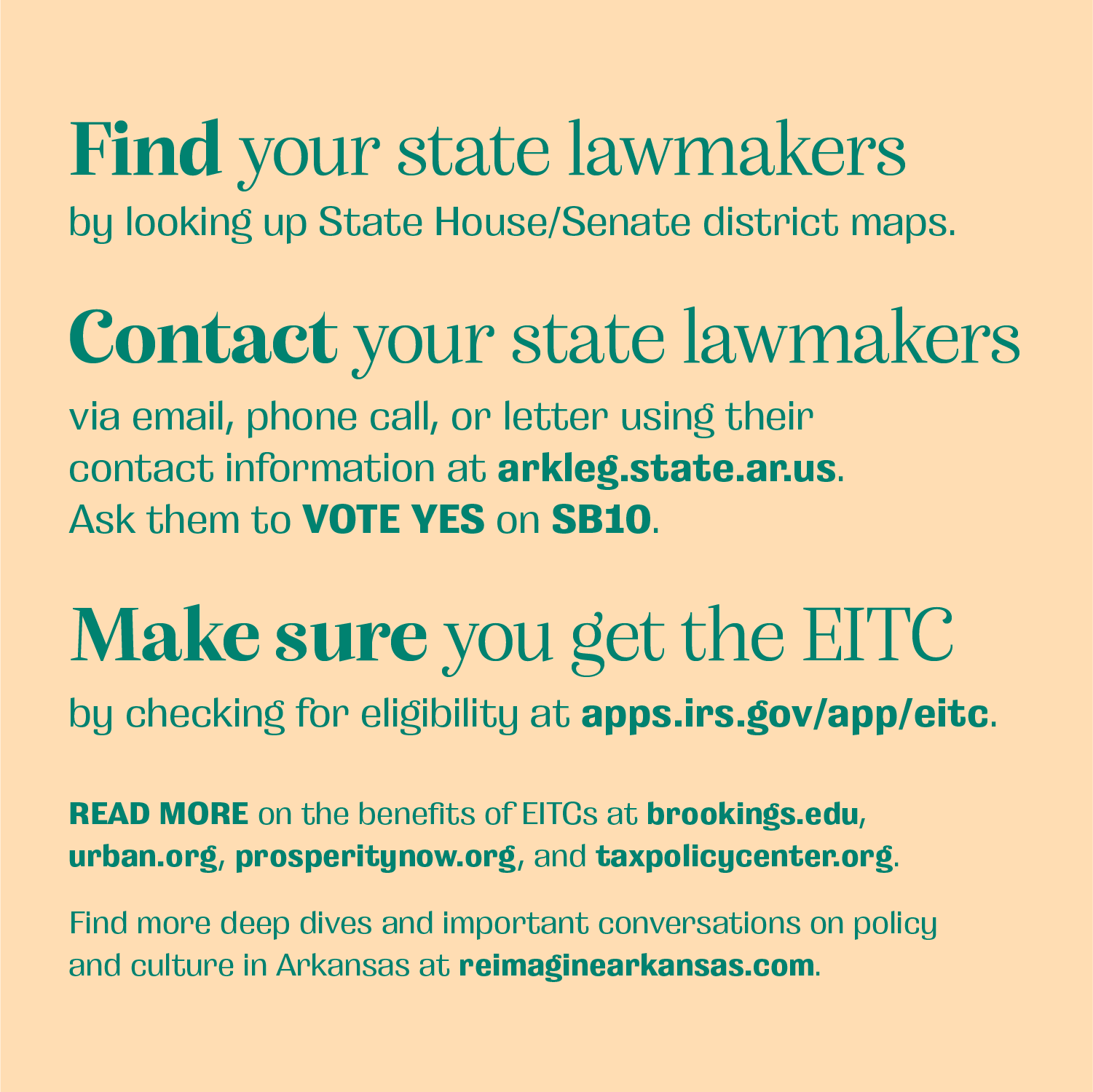 Find out if you qualify for the federal EITC here.

check out more of my work:

Data vis: "Partisan Pawprints"
As a reckless challenge to see how many different data inputs I could combine into one visualization, I chronicled five years of my life through travel, dogs, politics, and culture.

Identity: Starspot
I made an identity system and package design for Starspot, a company making beginner-friendly astronomy equipment, plus a series of "trading cards" for real-life stars.

North Heights Porchfest
I have organized, designed, and photographed for this grassroots music festival since 2017.

Poster: "Good News from Iran"
Inspired by the work of Iranian designer Homa Delvaray, I created a poster and event collateral full of 3D typography.

STNDRD, the clothing brand for everybody
I made a quirky, expressive brand system for a clothing company focused on ethics and inclusivity.

The housing rainbow
In my second project with Reimagine Arkansas, I made a quote wreath and a series of illustrations pushing viewers to think of housing as a spectrum.

Afognak, a dilapidated typeface
Inspired by the millions of dilapidated buildings in America, I designed a sinking, collapsing slab serif typeface in two weights.

Snarky Stickers for SoarBlue
I made a series of stickers and Instagram graphics for SoarBlue, a liberal activist shop based in Fayetteville, AR.

Race, class, and COVID-19
As part of the Winthrop Rockefeller Foundation's Reimagine Arkansas series, I created a social media kit diving into the CARES Act and the racial disparities of the COVID crisis.

App prototype: Canopy NWA
I prototyped a volunteer coordination app in Adobe XD for a local organization that helps refugees from around the world resettle in Northwest Arkansas.
↑Back to Top